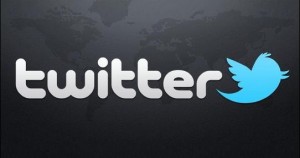 Just days ago, we posted a detailed article regarding the impending IPO for Twitter Inc. (TWTR). After we provided a good deal of background information about social media, the evolution of Twitter, and some of Twitter’s strengths and weaknesses, we recounted the analysis of Wall Street valuation expert, Prof. Aswath Damodaran.

Dr. Damodaran provided an extremely helpful and easily interpreted graph of potential (feasible) valuations that the Twitter team and its IPO underwriters might ascribe to the initial IPO valuation. That table is replicated here:

Interestingly, various financial news outlets reported this past week that the IPO team has tentatively agreed upon a $10.9 billion valuation – about 27% lower than some experts had projected.  The intended number of shares to be offered is 70 million. It is hoped that the company will realize between $1.25 billion and $1.44 billion.[1]

A few other intriguing pieces of information that emerged this week includes the following:

1)    The shares issued/released for public sale will constitute just 13% of the company (the number of shares held by early investors and through private issuance is very significant; in addition, the IPO prospectus reports that 150 million shares are being held back for various future purposes, including the completion of the MoPub acquisition, as well as future stock options and restricted stock units;
2)    There is (evidently) the possibility of an additional allotment of shares for the IPO – totaling as many as 10.5 million shares;
3)    The date of the IPO (originally set for November 15th) has been moved forward to November 7th!
4)    The time between now and November 7th will be spent taking the Twitter, Inc. story around the country in a standard “show and tell” pre-IPO promotional tour (to drum up strong support for the actual IPO day … as well as possibly generate sufficient “demand” to push prices upward!).

As you hear more about Twitter leading up to the initial trading date (aka IPO date), keep extremely attentive to any revisions made by the Twitter team and its underwriters during (or just after) that national tour.   We want to remind you that, in the days leading up to the Facebook (FB) IPO  (in May 2012), that particular IPO team raised both the “initial price” and the number of shares to be issued on the IPO date!

We all remember what an unmitigated disaster that IPO was (legal actions of various types are still in process). In retrospect, many financial experts (strongly) suggest that the FB underwriting team became a tad too greedy and the very act of moving the so-called “goal line” just prior to the IPO did significant harm to the normal supply/demand dynamics – contributing to the IPO’s many embarrassing shortcomings.

Therefore, it will be interesting to keep an eye on developments as they unfold.  Remember that (obviously) Twitter will benefit from a higher valuation, and also, the underwriters generate higher fees from an increase in total value. Stay tuned!!

[1] Figures come from the revised prospectus for the IPO.